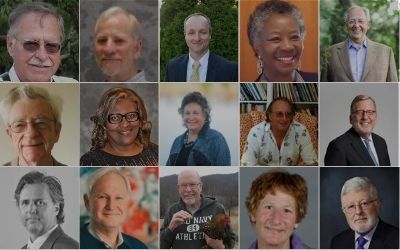 At times like these we all need to think what we can do to help.  As a modest gesture of our appreciation to the communities we serve, we are offering the following free online programs for adults and youngsters given by our Faculty, Adjunct Faculty, and friends.

"Catfish Farming in the US" by Dr. Terry Hanson. Recorded. Aquaculture Economist at Auburn University’s School of Fisheries, Aquaculture and Aquatic Sciences in Auburn, Alabama.

"Rapp Real Estate in the COVID Era" by Cheri Woodard. Recorded. Rappahannock resident over 40 years, entrepreneur and leading real estate agent in the Heart of the Piedmont.

"My path from Soviet Russia to Algerian global icon, Emir Abdelkader." by John Kiser. Recorded. Author of several books, businessman and social entrepreneur. Topic based on his book - Commander of the Faithful: The Life and Times of Emir Abdelkader (A Story of True Jihad), a 19th-century Muslim leader, who exemplifies the best of an often misunderstood and maligned religion.

"Raising Cattle in Rappahannock." Presented by John Genho. Recorded. BS in Animal Science from Brigham Young University, an MS in Animal Breeding and Genetics from Cornell University with a minor in biometrics and statistics, and an MBA from Duke University.

Credit Card Travel Perks: Learn the Tricks of the Trade. Recorded Paul Larner, Chairman of the Board, UVA Law

What do we do with that 'EXTRA' money, Chuck Akre, Recorded  CEO & CIO, Akre Capital Management, over $14B under management

Quarantine & the Environment- Discussions on How to Maintain the Trend, Kate Wofford, Recorded Part 1   Part 2  Alliance for the Shenandoah Valley