Meet Dr. Sanjeev Ranade: WCDS Alumnus, Class of 1999 and a member of a team that recently received a Nobel Prize. While earning his Ph.D. at The Scripps Research Institute in San Diego, Sanjeev was a graduate student with neuroscientist Ardem Patapoutian, who studied scientific data that answered the question: “How do we sense touch?” For this research, Professor Ardem Patapoutian was awarded the 2021 Nobel Prize in Physiology or Medicine. Long before Sanjeev spent his time exploring cutting edge topics of human biology in graduate school, however, he was a student like any other at Wakefield Country Day School: sitting in classrooms learning Greek, Latin, history, and English with John McMahon and Pamela Lynn as his teachers.

The Ranade family moved to Culpeper, Virginia, from Bangalore, India, in the late ’80s looking for a community in which their children could grow, thrive, be challenged, and make meaningful friendships for life. They found what they were seeking at WCDS where both Ranade brothers— Sandeep ‘95 and Sanjeev ’99—attended school from 7th grade through graduation.

After graduating, Sanjeev attended James Madison University, beginning in the pre-med track. While working in a research lab during his third year of college, he found that he enjoyed the lab setting immensely, especially working with his hands as he conducted experiments. He shifted his biology focus from pre-med to research and, upon graduating from JMU, began the Biotechnology research master’s program at Northeastern University in Boston, where his best friend and Wakefield classmate Charles Cowherd ‘99 was living at the time. Sharing an apartment with Charles in 2004 became a life changer for both of them, for this was right after Charles’ twin brother Leonard Cowherd (Class of ’99, for whom the WCDS auditorium is named) fell in combat, honorably serving his country in Operation Iraqi Freedom. Despite the pain and grief from losing Leonard, the friends were able to make it through this challenging time together, joined by fellow WCDS grad Brian Fernandez ’99 with occasional visits from Travis Williams (’99) and Jacob Konick (’99). Sanjeev recalls the energy of the city during 2004 that helped to lift their collective spirits, as the Boston Red Sox won the World Series for the first time in 86 years.

While still in grad school, Sanjeev landed his dream job: a full-time research position at the Broad Institute of Harvard University and Massachusetts Institute of Technology (MIT). Working at Harvard University under great mentors, Sanjeev developed significantly as a scientist and researcher and by the time he completed his Masters, he was ready for his next big step—the doctoral program at The Scripps Research Institute in San Diego.

For the next seven years, while earning his doctorate, Sanjeev worked under neuroscientist Ardem Patapoutian posing scientific questions relating to how humans sense various stimuli including temperature, pain and balance, and performing multiple experiments over a period of many years. Each experiment brought the team closer and closer to answers, but, as with any detailed research project, the process took a lot of time and was very expensive, dependent on government funding from the National Institutes of Health (NIH) for their efforts.

“There were three and half years of negative data, exhausting every option until finally, a eureka moment occurred,” recalls Sanjeev, when the team identified genes Piezo1 and Piezo2. Part of Sanjeev’s job was to remove genes systematically from mice genomes in order to test their senses. After removing Piezo1 and Piezo2 (a Greek word meaning to squeeze or press), the team finally found what they were looking for when they discovered the mice could sense everything but touch—eureka! The team eventually learned these genes also played a critical role in blood pressure, urinary bladder control, and respiration.

In real world application, the team projected in their scientific reporting that the discovery of Piezo 1 and 2 could help create implants or other kinds of prosthetic technology far more advanced than we have today. It could also help with chronic pain. “Being able to treat pain is the holy grail of all scientific discoveries,” says Sanjeev. “At present, we don’t have a lot of good options to deal with pain, other than drugs which affect the entire body and are highly addictive.”

Currently, Sanjeev is a postdoctoral fellow at the University of California, San Francisco’s (UCSF) Gladstone Institutes, working for a Pediatric Cardiologist, Dr. Deepak Srivastava. “One out of a hundred children are born with some type of heart defects, and this research lab focuses on understanding why these defects occur,” says Sanjeev. “Oddly enough, the sensory touch field is connected with the vascular heart development field more than one would think. The Piezo 1 and 2 genes are critical in heart development in utero, as these pressure genes help to pump blood and organize the veins of the heart and body.”

What does a day in the life of a scientist look like? While a certain amount of time is spent in a research lab, wearing a lab coat and working with laboratory mice, Petri dishes, and microscopes, the other portion is spent writing code, analyzing data, producing computational analysis, and creating PowerPoint presentations. As Sanjeev explains, “Scientists need to have an understanding of statistics and programming skills and the ability to present their findings to the community. A lot of science is about communicating effectively; it’s key to have a clear-cut, logical flow to your story to present your research in a way that makes sense to everyone. The speaking, writing, and logical thinking skills that I learned at Wakefield have been key for my career in the field of science.”

In addition to working with scientists who are at the forefront of their fields, Sanjeev has found amazing mentors who have provided him with a lot of freedom to explore on his own. That freedom has come with a lot of responsibility and high expectations that have proved to be the ideal environment for Sanjeev to thrive in as he advances his research. Although unsure at the moment whether or not he will apply for a faculty position and run his own research lab where he can become the mentor of others or will leave the world of academia to work within the private biotech industry, Sanjeev knows that wherever he lands, he will continue to research how humans work as he explores the different ways scientists can help humans by understanding them at a deeper level. In the meantime, Sanjeev is enjoying living in the Bay area with his wife and child (with baby #2 on the way!) and continues to cherish the education he received at Wakefield Country Day School.

This December, Sanjeev will travel to Sweden with Ardem Patapoutian as one of the two scientists invited to join him for the official ceremony with the King and Queen of Sweden. Congratulations, Sanjeev! 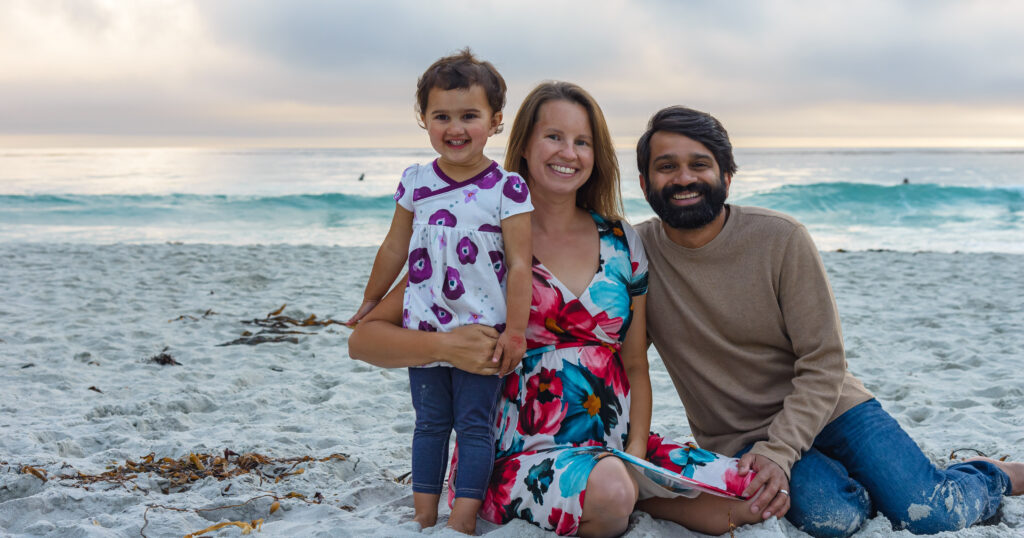 This article was originally published in the Summer 2022 Huntly Herald.