There are a few highlights in our third-grade history curriculum, and the Greek gods and goddesses project is one of the favorites. Students who have previously attended Wakefield Country Day School, especially if they have older siblings, come into 3rd grade ready to study Greek Mythology and count down the days until they can dress as their favorite immortal. Those new to our school are quickly infected with the excitement and anticipation as it spreads like the fires Nero allowed in Rome.

Most students come in with a favorite already chosen and plans for costumes already solid in their minds. As there are two or three favorites every year, the kids are quickly dismayed that they are not just given their choice of deity. In recent years the Olympians, and a few choice others, are placed in a hat and chosen at random. If that isn’t fair enough, the names of the students are also drawn, so the order of randomness extends. There were no tears this year, though a few eyes certainly clouded. Students were given the option to trade with classmates as long as there was no coercion. After more trades and bargains than Wall Street sees in a day, the fates were set.

Students began to research and study their character, and excitement began to build anew. Drawings of gods, goddesses, and even titans adorned the 3rd-grade bulletin board. Mythical beasts were created by combining real and imagined animals, and speeches began to be rehearsed. Costumes and props were discussed excitedly in the week leading up to the presentation, and anxieties began to mount.

This year the gods and goddesses returned to the stage in the Leonard Cowherd Auditorium after sharing their stories outdoors last year due to Covid. This brought an entirely new level of fear and trepidation.
Indoors. The whole school. Assembly.

The nausea was palpable in the classroom when I announced the students would be presenting outside on the blacktop this year and indoors at assembly.

There was no reason to worry, though. The gods and goddesses stepped up this year and did an amazing job. Most memorized their lines, and all recited them for all to hear. The costumes were beautiful, the props amazing, and the voices were loud, slow, and clear.

My main concerns for tears, freezing at the mic, and possibly vomiting were from one goddess in particular. At the end of the day however, when I asked how she felt now that the entire event was done, “It was so much fun! When can we do another?” And even my expectations were surpassed; none other than Zeus let me know that his cardboard lightning bolt might not fit in the classroom door. Nonsense, I thought, but coming up the ramp that Wednesday morning was a blue and white lightning bolt not less than eight feet tall. Before the outdoor presentation, however, Luke asked, “Can I leave my lightning bolt here? It’s too hard to hold in the wind.” So even Zeus knows his limits and politely asks to adjust to the weather. 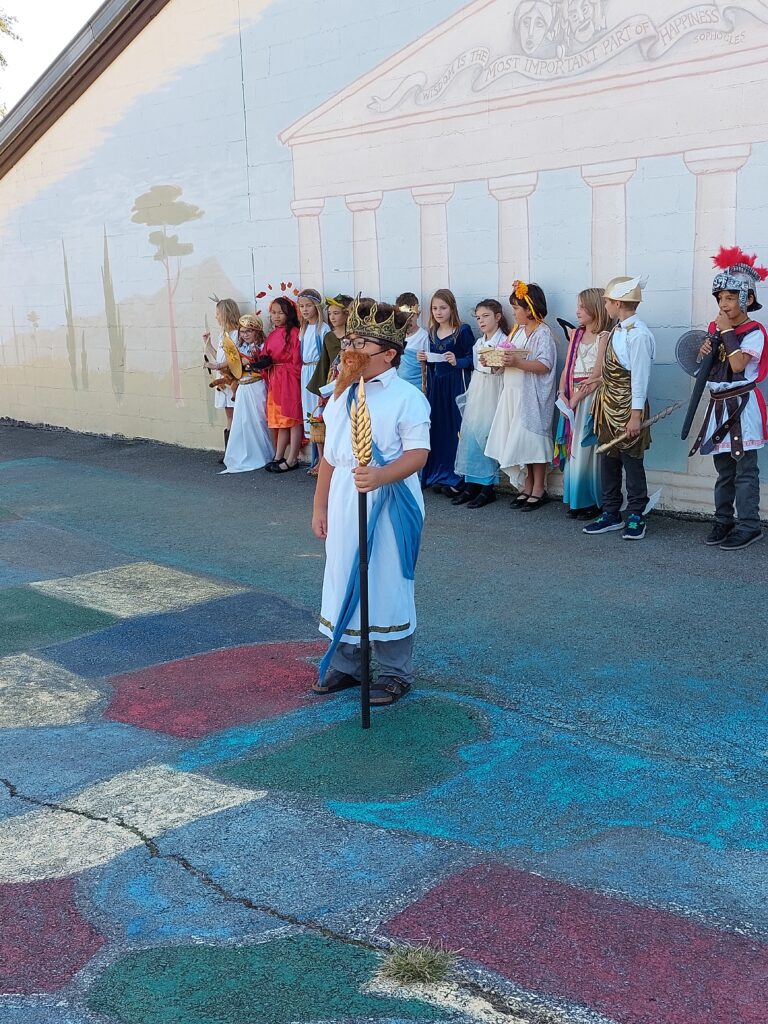 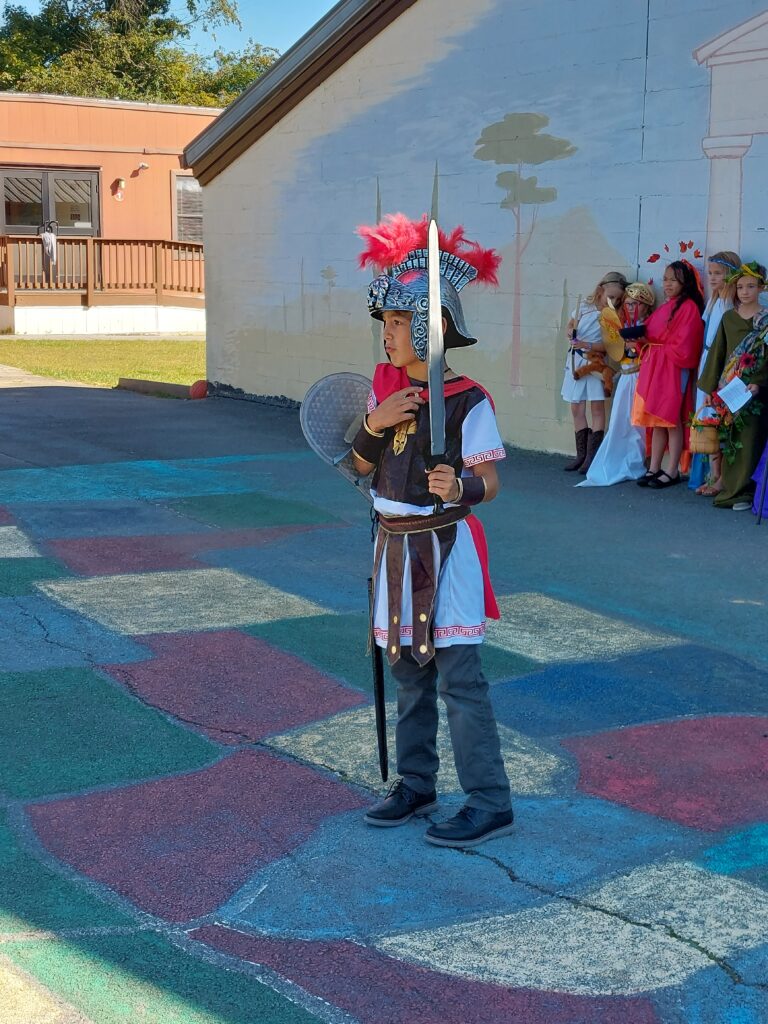 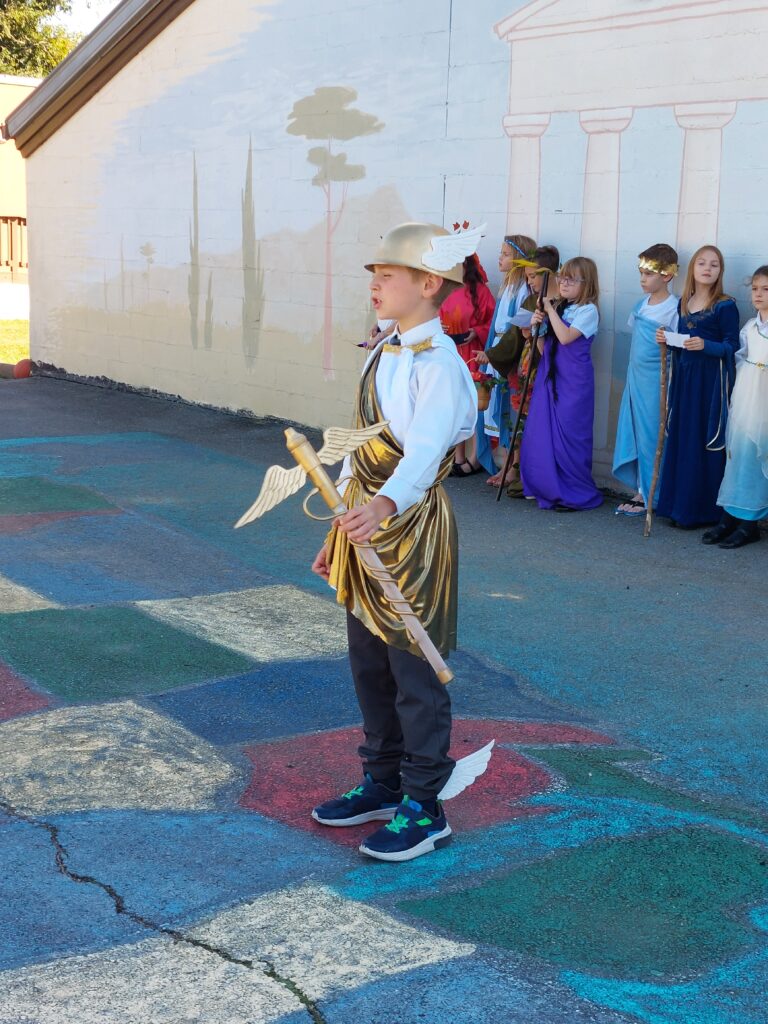 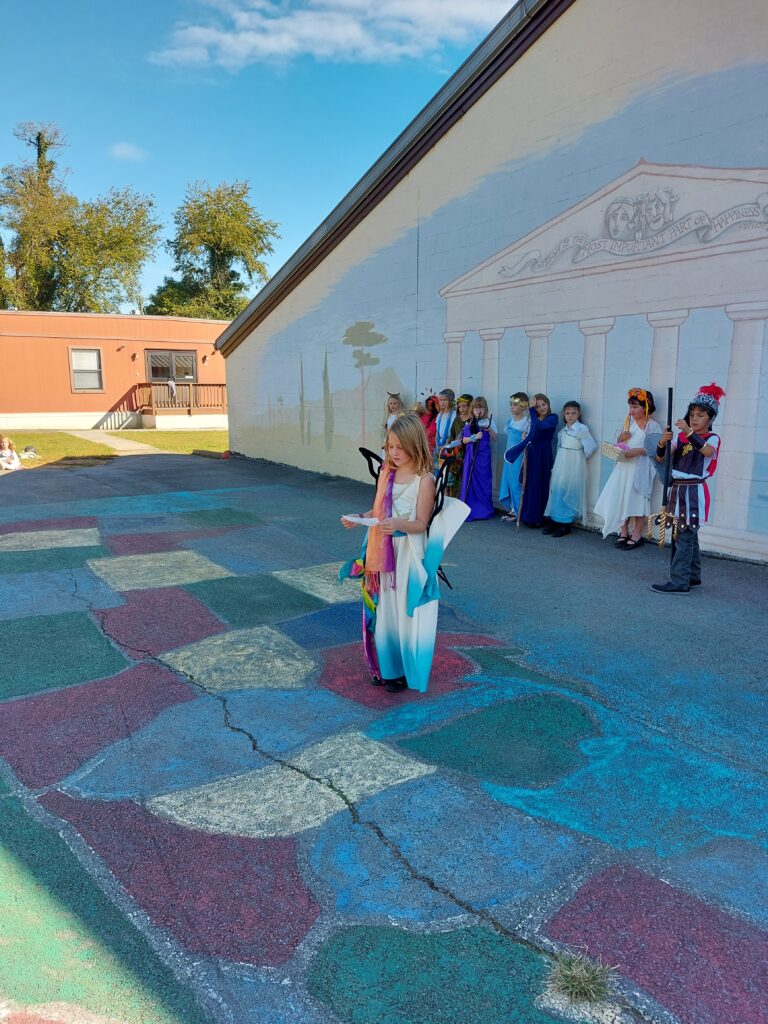 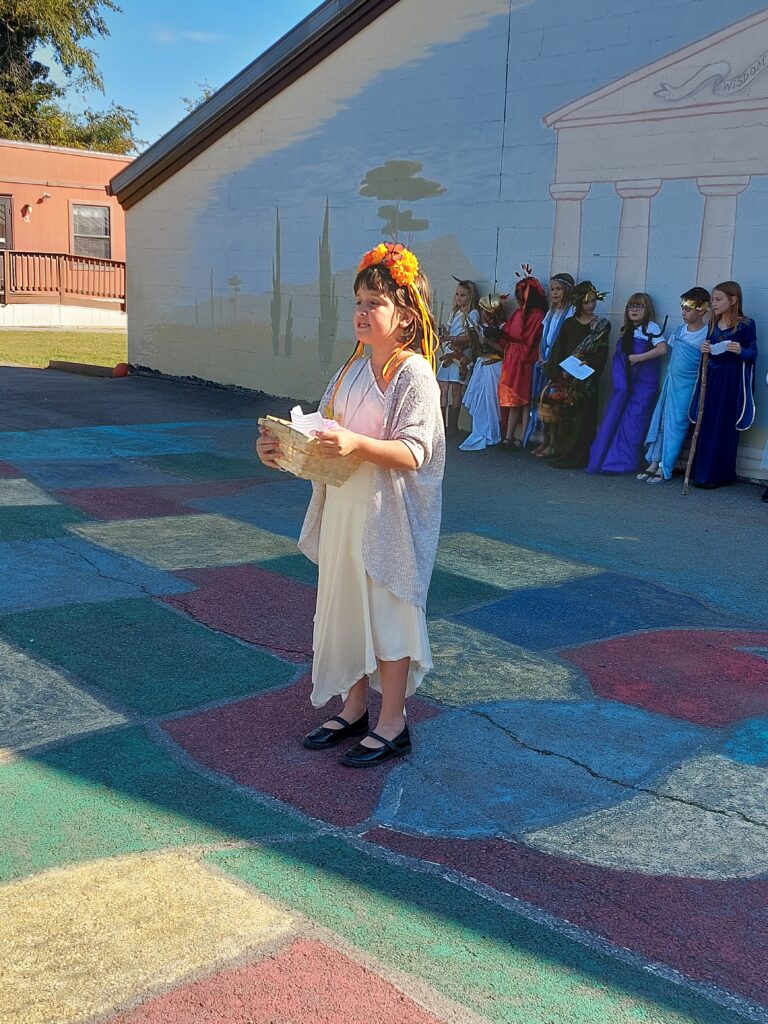 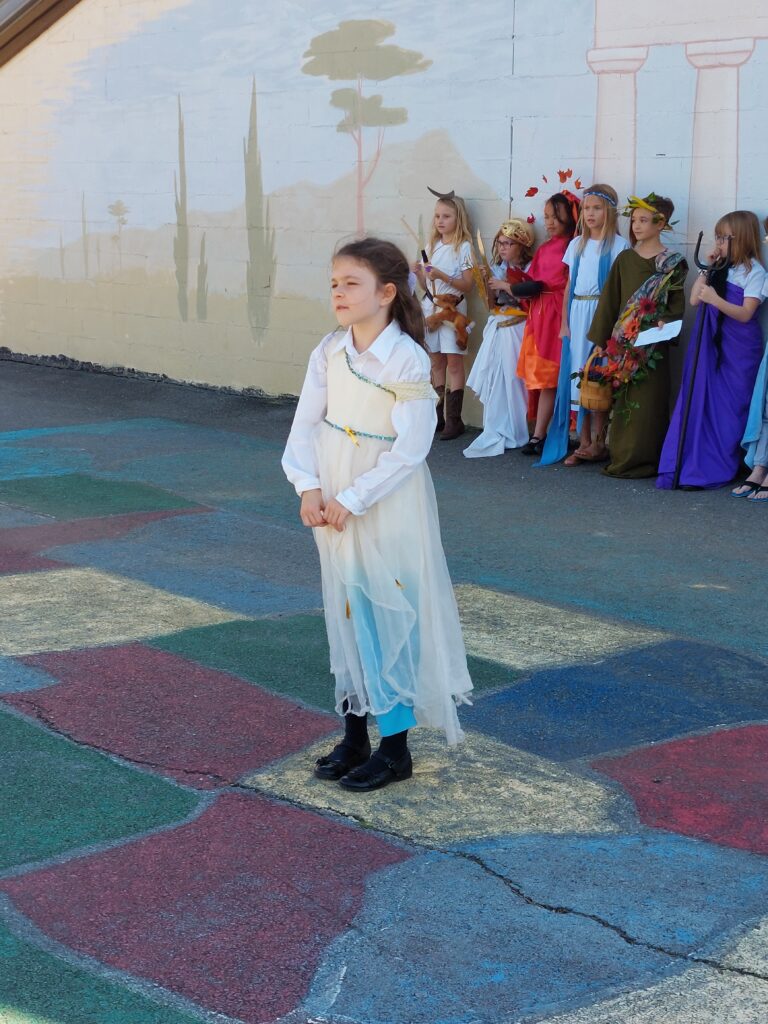 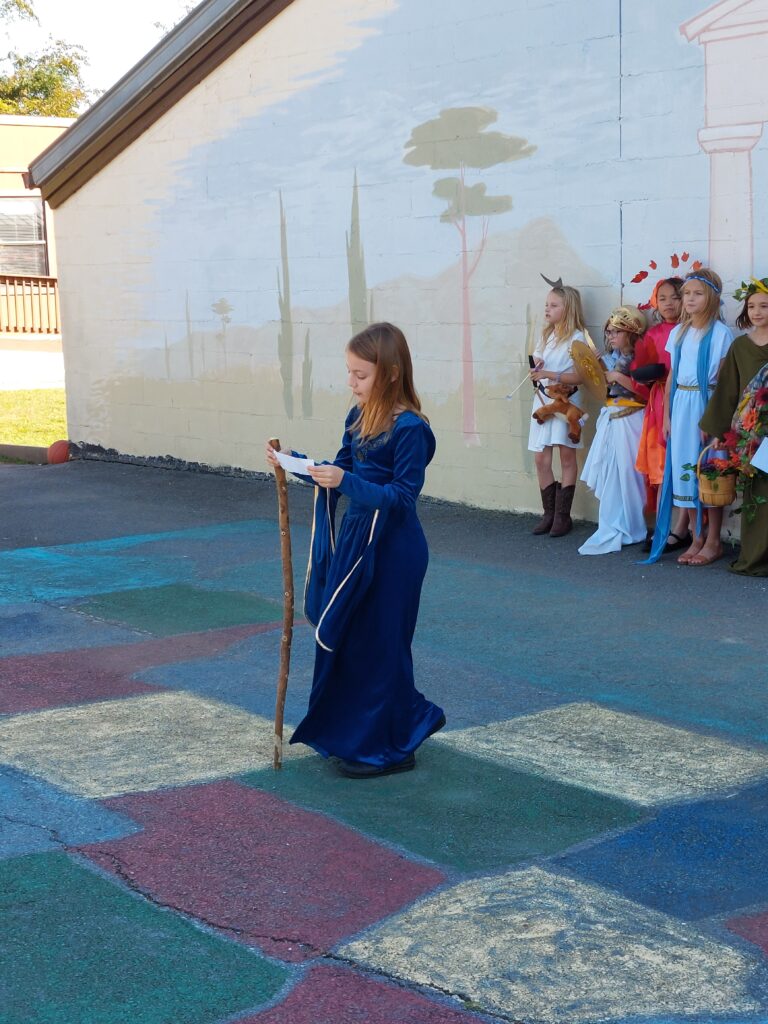 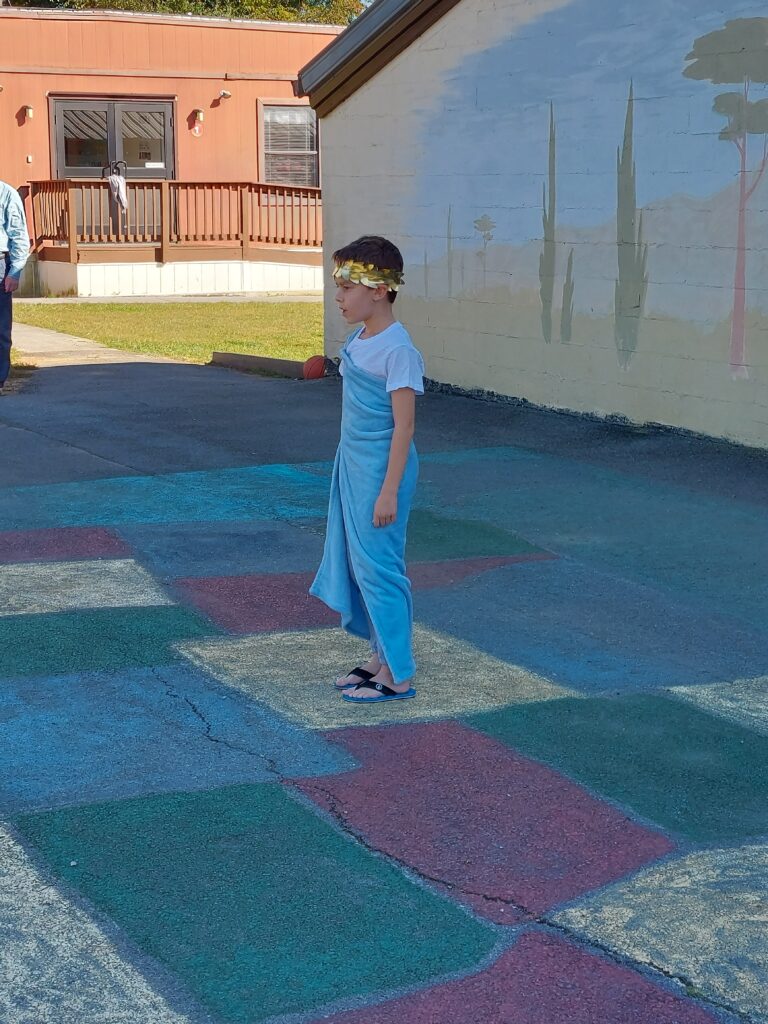 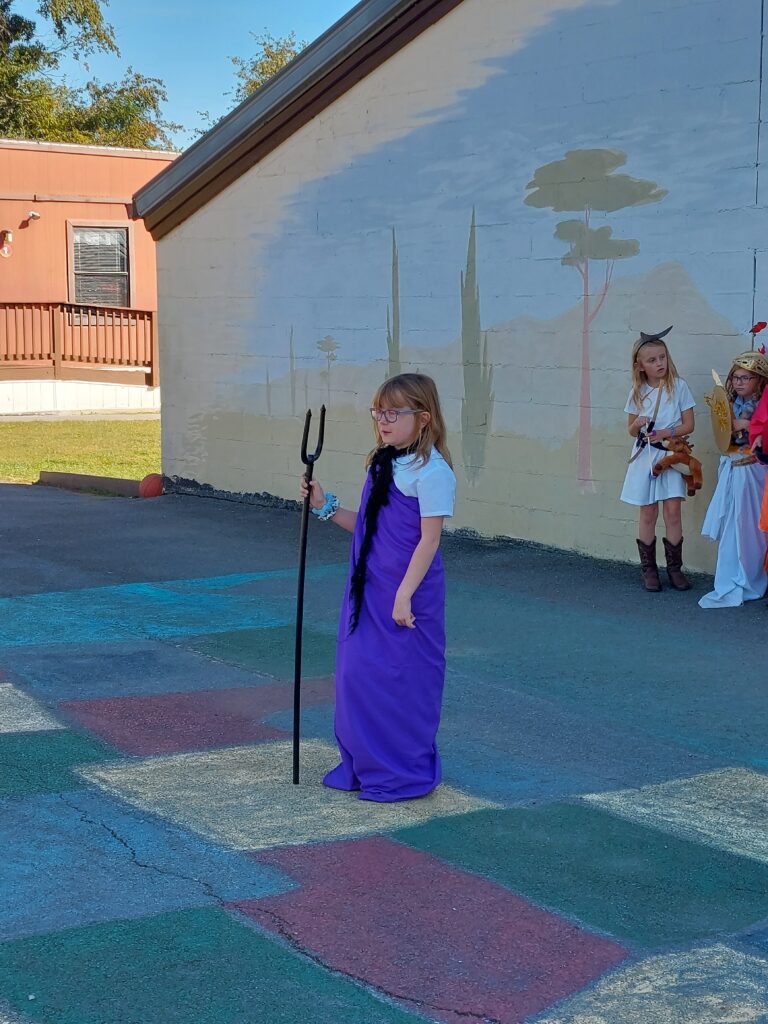 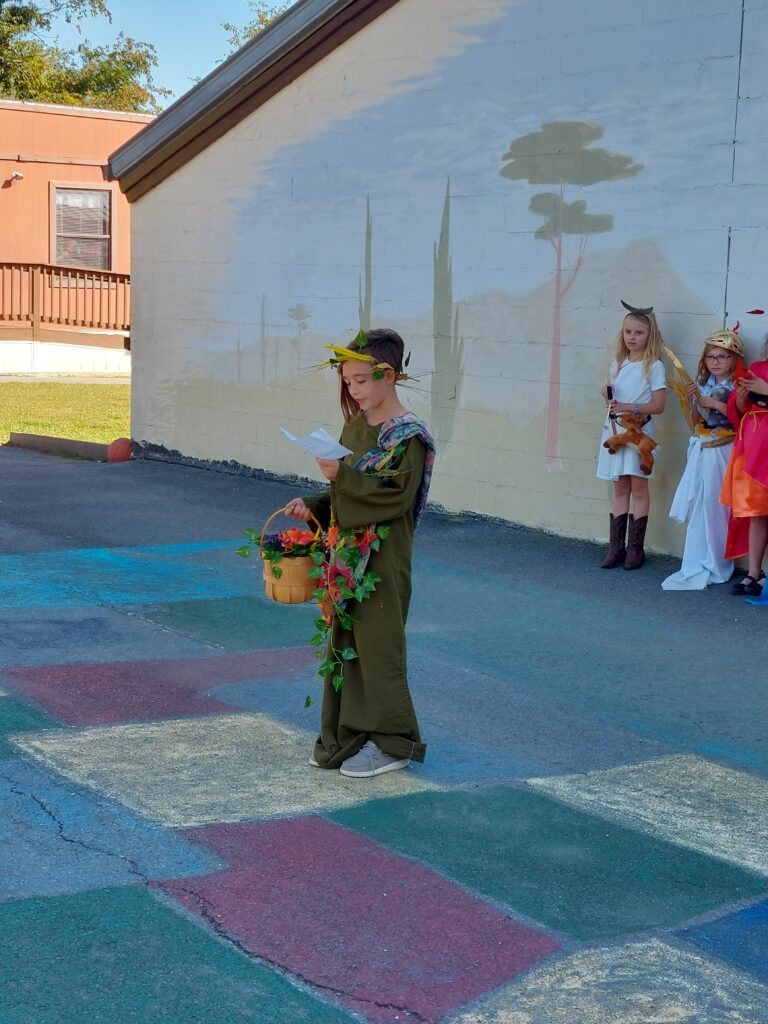 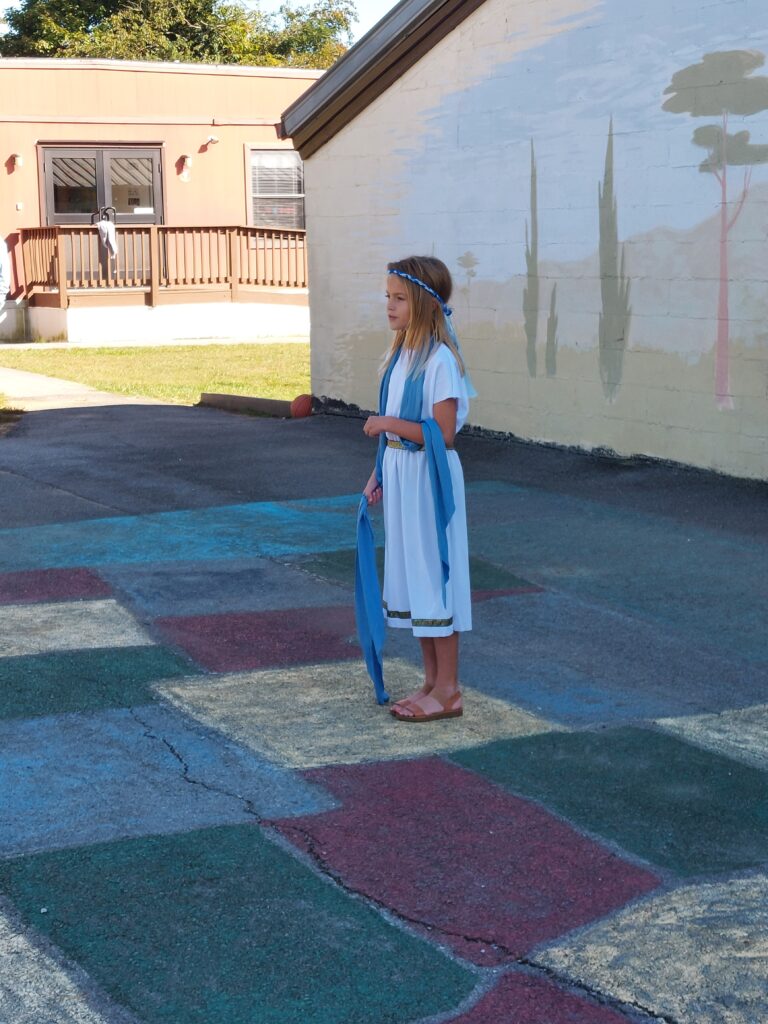 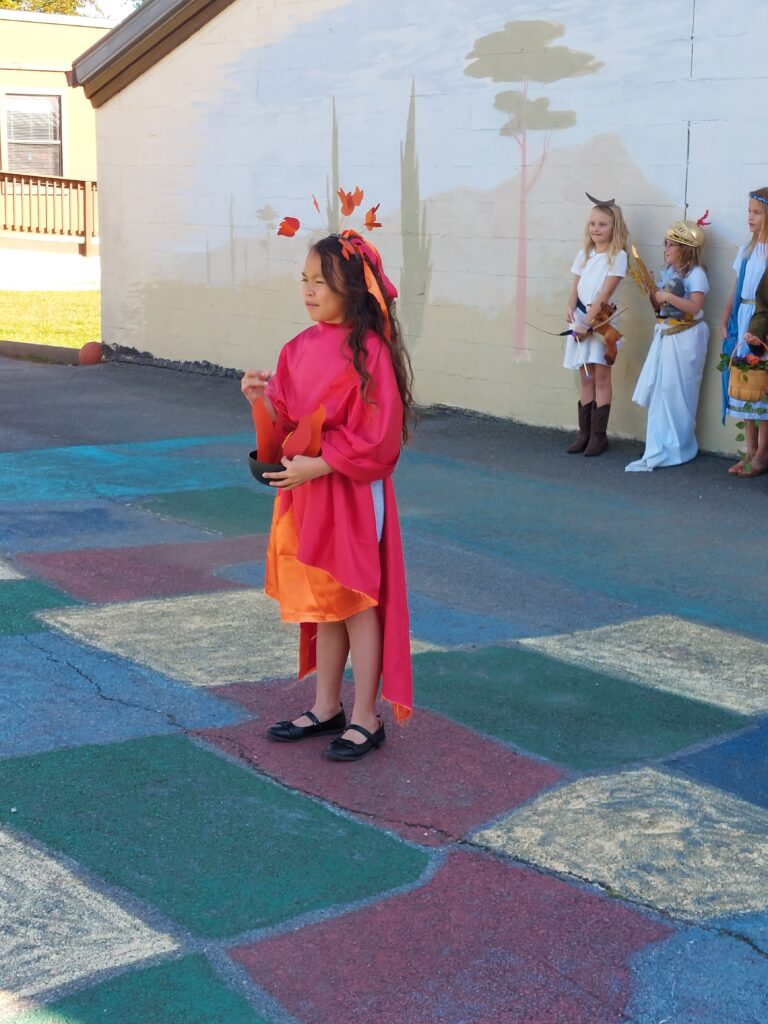 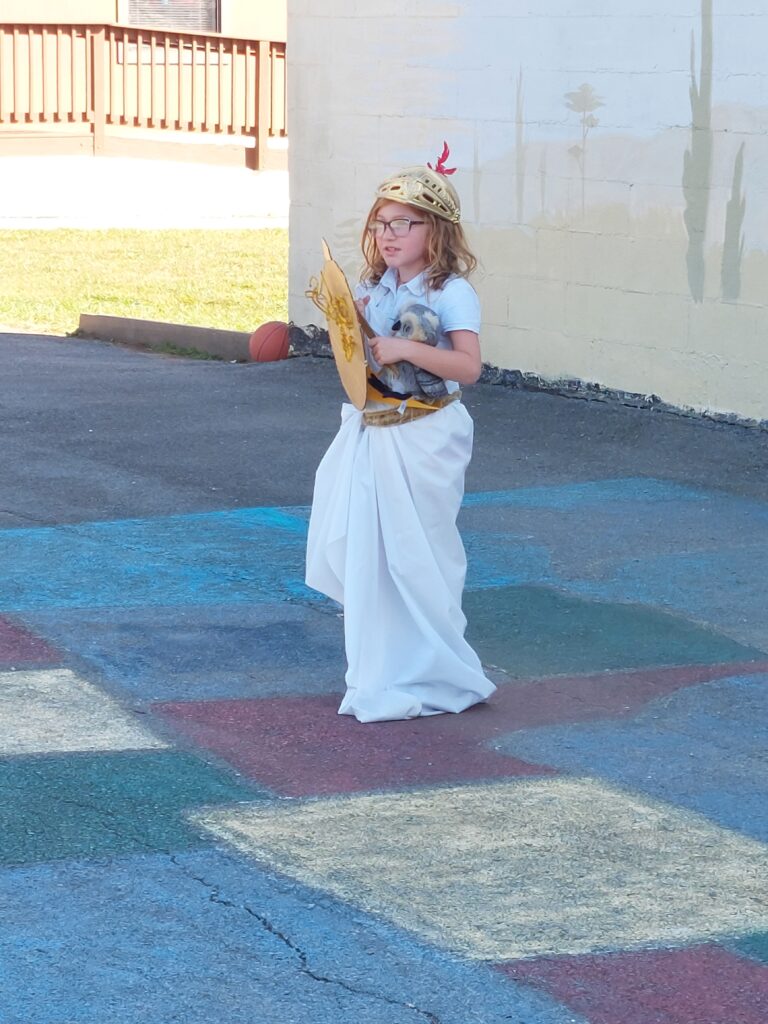 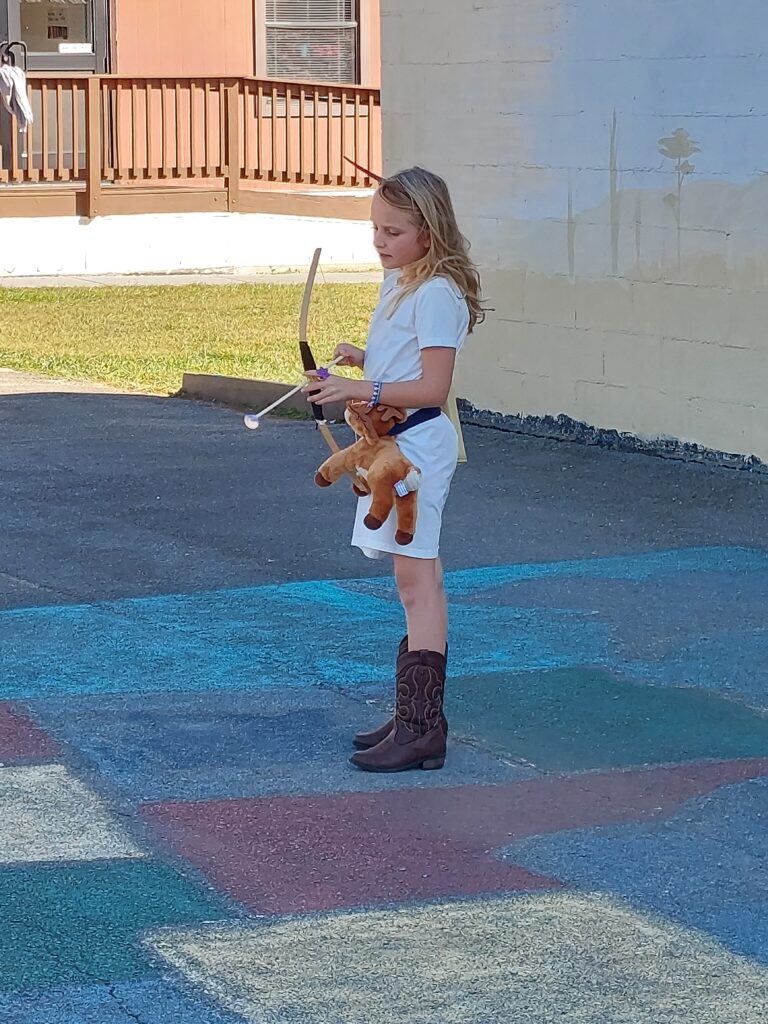