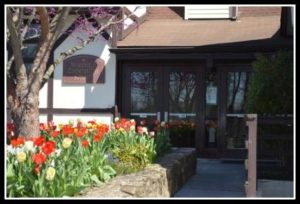 Teaching ninth grade biology and the math classes for fifth and sixth grades is Dr. Brian Beres who has a PhD in Biology from Arizona State University and dual majors in Biology and East Asian Studies from the University of Virginia. He began his teaching career in Arizona and in 2010 was a member of the DC Teaching Fellows Program. After teaching AP Biology and Biology in Prince William Public Schools, he turned his attention to teaching in the Verdun Adventure Bound program, fostering teamwork and life skills in children ages six to eighteen. He is joining his niece and nephew, Genevieve and Isaac Kucia, who are entering first and second grades at WCDS. His brother, Father Beres, is the parish priest at St. John’s Church in Little Washington.

Teaching music this coming year is Ms. Andrea Diggs who received her Bachelor and Master of Music degrees from Shenandoah University Conservatory and garnered additional studies at the Pierre Monteux School for Conductors and Orchestra Musicians in Maine and the Orchestral Flute Institute in Michigan. Ms. Diggs is a professional singer and flutist who has performed at Kennedy Center and Lincoln Center and has had students of hers perform at Carnegie Hall. Ms. Diggs has taught in public and private schools in Maryland, Virginia, West Virginia, and Washington DC, and as a high school student was chosen to attend the Governor’s School for Visual and Performing Arts in Richmond.

Returning to WCDS after a long hiatus is Ms. Lorraine Duisit who will be teaching one section of French. Ms. Duisit grew up in a French speaking family: her father was a French professor at UVA; her mother, the organist at St. Paul’s church in Charlottesville. While at WCDS in the 1990s, Ms. Duisit taught all levels of French—from preschool to AP. She is a well-known musician and artist in Rappahannock County and earned her Bachelor of Fine Arts from the Rhode Island School of Design. Both of her children, now grown, attended WCDS.

Teaching an array of courses for WCDS middle and upper school students this year (Modern European History, World History, Sixth Grade Science, and Senior Thesis) is Dr. Stuart Ginsberg who has a dental degree from the University of Pennsylvania, a law degree from Georgetown University School of Law, his undergraduate degree in American History from Williams College, and his certification for teaching social studies, biology and middle school science from the State of Virginia. He has been an adjunct professor of Law at the George Washington University Law School for sixteen years and in addition has taught in county public schools. He is also an avid skier and currently a certified ski instructor and trainer at Liberty Mountain Resort in Pennsylvania.

Teaching upper school Spanish and fifth grade science next year is Mrs. Carmen Grayson. A member of the National Language Service Corps and a native speaker of Spanish, Mrs. Grayson hails from El Salvador and has worked as an independent contracted translator, interpreter and language instructor for both the government and the private sector. She earned her Master of Science from Clemson University in Civil Engineering and her Bachelor of Science from Brigham Young University in Environmental Science. Her three children, Matthew, Nathan, and Russell will be joining their cousins, Scott, Mariel, and Emily Scoville at WCDS next year.

Joining the math department is Mr. JuLong Zhao, a native speaker of Chinese, who will be teaching Pre-algebra, Algebra 1 & 2, Geometry, and AP Statistics. Mr. Zhao earned his Master of Science in Statistical Analytics from Texas A & M University-Kingsville and was a successful GTA (graduate teaching assistant) during his tenure there. He earned a Bachelor of Science Degree from the University of London—Singapore campus and the Singapore University of Social Sciences. In addition to teaching, Mr. Zhao has applied his mathematical and statistical knowledge to various private enterprises including the Perot Museum of Nature and Science in Dallas, Texas, and the Spire Research and Consulting firm in Singapore. While at Texas A &M University-Kingsville, Mr. Zhao earned an award for “Outstanding Contribution to the Department of Mathematics” and contributed many hours to community service outreach programs. He also is a member of the Honor Society of Phi Kappa Phi.