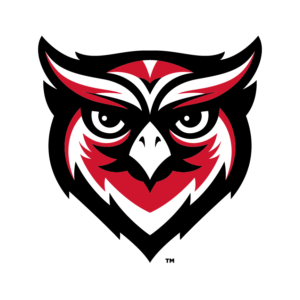 The Owls hosted Fresta Valley in the VMSC quarterfinals on 10/9/18. WCDS took the first set easily, 25-12. Ava Lubkemann led the Owls with three aces and five service points.  Sophia Korte had a kill.  The second set was much closer with the Owls coming from behind to win, 25-19. The set was tied five times, but Arella Nagel finished off the set and match with back-to-back aces for a 2-0 sweep advancing the girls to the VMSC Semi-finals at St. Joseph School.

The Owls hosted the Knights of Chelsea Academy for their final VMSC game of the regular season on 10/9/18.  The Knights were on the offensive most of the game and limited the Owls’ shots on goal. The Knights netted eight goals for an 8-0 win. Our record is 1-3-1 overall and 1-3 in the VMSC.

The Owls hosted Tandem Friends School in a DAC DII match on 10/9/18. WCDS ran into a hard-hitting Badger team whose ability to put the volleyball away with kills and aces was the difference in the match.  The Badgers controlled the first set scoring five aces and nine kills and won 25-13. The second set was back and forth, but the Badgers again accumulated eight aces and six kills for 14 of their points. The Badgers won 25-22.   The final set saw the Badgers get eight aces and three kills on their way to building a 15-7 lead. The Owls fought back with kills by Rachel Cieplak, Anna Schuster, and Mari Tisera and aces by Lucy Clark and Anna Schuster to pull within 19-16, but a hitting error by the Owls on set and match point gave the Badgers a win at 25-21 and a 3-0 sweep for the match.

The Owls hosted Eukarya Academy in a non-conference Dig Pink match on 10/10/18. The entire school participated in the fundraiser to donate to Coach Costello for his upcoming skin cancer removal surgery!  It was a successful event in many ways.   The Lions took the first set from the girls, 25-11, with mostly WCDS reserves getting experience in the set.   The WCDS starters entered the second set, and it was a battle won by the Owls, 25-21. Lucy Clark had two aces in the set, and there were two kills by Mari Tisera and one by Anna Schuster.  In the third set, the Owls had to play from behind with nine ties in the set.  Mari Tisera served the final point of the set to win 26-24.  Tisera had four aces in the set, and Bea Youngquist had two service points in the tight set.  WCDS controlled the final set most of the way to earn a 25-16 win and 3-1 team win.  Mari Tisera led the Owls with seven service points. Anika Pruntel and Bea Youngquist had aces in the set. It was a successful dig Pink match where all players contributed to the win.  Our record is 4-3 in the DAC and 6-4 overall.

The Owls traveled to Saint Michael the Archangel for a DAC game on 10/5/18.  The Owls earned their first victory of the season, 6-3 over the Warriors.  John Mullins netted four goals on the day. Porter Gilliam and Griffin Landis also scored goals. Our record is 1-3 overall and 1-2 in the DAC on the season.