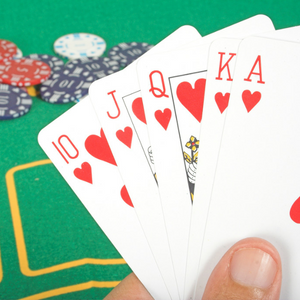 On Saturday August 4th, sixteen players participated in the WCDS Texas Hold ‘Em charity poker tournament, a fundraiser for the School’s athletic department.  Everyone had fun and enjoyed the delicious food provided by Tina and Jitu Patel from their Subway restaurant in Bealeton and by the Knotty Pine in Front Royal courtesy of Greg and Julie Vaught.

Long-time player Dom Potito won the champion’s trophy and other first prizes and donated $225.00 of his grand prize back to WCDS Athletics.  New player Robert Herrell was the runner up, and WCDS parent Andy Gerard finished third in the tournament.   Thanks to the sponsors, donors, and players we raised over $1,700.00 for the athletic department!